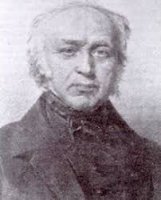 The Bönninghausen approach has rightly seen a resurgence amongst homeopaths around the globe. Master practitioners like Close, Boger and Roberts used Bönninghausen's method which offers you an expanded analysis that can be a valuable alternative to a Kentian approach - especially in cases that present only limited mental symptoms.

Use FIVE Bönninghausen repertories at the same time!

Synthesis Treasure Edition integrates all the information from the following repertories:

With the Bönninghausen Therapeutic Pocketbook & Polar symptoms, you can:

He described symptoms by location, sensation, modalities and concomitant symptoms - the classic four dimensions of Hering's symptom-totality. This also facilitated a way to overcome the limitations of Materia Medica. Sensations, modalities and concomitants associated with the local symptom in a proving or verified in the clinic, could be generalized to the symptom totality.

The strength of this approach becomes especially obvious in those challenging cases which are difficult to solve using other methods: where there is a paucity of mental symptoms, when mental symptoms have no value or when incomplete symptoms predominate.

For an in-depth look at Bönninghausen's approach to analysis, you can listen to this recording of Will Tayor's teleconference call on the topic.

2, 3, 4) Boger collated the work of Bönninghausen and his own work into the Boger-Bönninghausen Repertory. Boger also published two more repertories: the Synoptic Key and the General Analysis.

5) In addition, the two German language volumes of Bönninghausen's Systematisch-Alphabetisches Repertorium have been integrated into Synthesis 9.1  in English.

Each volume contains hundreds of pages; one offers anti-psoric, anti-syphilitic and anti-sycotic remedies and the other non-anti-psoric remedies. Furthermore, the handwritten additions that Bönninghausen made to these two volumes have also been added to Synthesis 9.1.

Click on the Gallery images for a guided tour of the Bönninghausen Therapeutic Pocketbook!