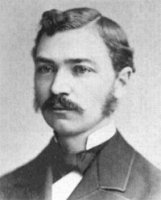 Boericke’s Repertory can be used to great effect in cases where pathological signs predominate and where a definite aetiology is known.

Boericke divides symptoms into basic and determinative classes, the basic being the common, diagnostic and pathologic, and the determinative the subjective, modalities and generals. Boericke, like Dr. Margaret Tyler, in England, advocates the use of certain large general rubrics, such as lack of vital heat, as eliminative symptoms, which some Kentians consider dangerous.

This book is a clinical rather than a symptomatological index and has many technical terms as main headings. Owing to its small size a great many symptoms have had to be omitted from the repertory. Its pretensions are not great but its usefulness within its sphere is tremendous.

Under all extensive headings, such as HEADACHE, appear definite captions in the following order: Cause, Type, Location, Character of Pain, Concomitants, Modalities, i.e. Aggravations and Ameliorations.

"a remedy is selected for a case that is found to possess in its symptomatology marked action (1) in a certain location, (2) to correspond with the sensation, and (3) to possess the modality; without necessarily having in the proving the very symptom resulting from the combination. It is to be inferred that a full proving would have it, however. For instance, a patient with a tearing pain in the left hip, relieved by motion, greatly worse in the afternoon, would receive Lycopodium, not because Lycopodium has so far produced in the healthy such a symptom, but because from the study of its symptoms as recorded in the materia medica, we do find that it effects the left hip prominently (locality); that its pain in various parts of the body are 'tearing' (sensation); and that its general symptoms are relieved by motion and aggravated in the afternoon (modality)."

Boericke's Repertory resembles the Kentian structure rather than the Boenninghausen, but Boericke has reclassified some of the anatomical sections:

Boericke was known internationally in the field of homeopathy and flourished in several dimensions of homeopathy during its rise in the United States. He was a popular clinical physician, prolific academic writer, publisher, medical journal editor, owner of several pharmacies, medicine manufacturer, medical school professor, and published researcher.

To the extent that homeopathy had been, and still is, criticized by the mainstream medical community in North America, Boericke's era of homeopathy, and Boericke in particular, was highly transparent and well-published. Boericke was also well-known and influential in Europe, particularly Germany – the birthplace of homeopathy, whose people spoke the language of Boericke's childhood.

Click on the Gallery images for a guided tour of Boericke's Repertory!