Today on the 10th April of 2021 we celebrate the birthday of Samuel Hahnemann!

"The highest ideal of cure is rapid, gentle and permanent restoration of the health, or removal and annihilation of the disease in its whole extent, in the shortest, most reliable, and most harmless way, on easily comprehensible principles."
Hahnemann, ‘Organon of Medicine’. Paragraph 2

Samuel Hahnemann was born in Meissen, Saxony near Dresden. His father, along with many other family members, was a painter and designer of porcelain, for which the town of Meissen is famous. As a young man, Hahnemann became proficient in a number of languages, including English, French, Italian, Greek and Latin; later he learnt Arabic and Hebrew.

Hahnemann studied medicine for two years at Leipzig. Citing Leipzig's lack of clinical facilities, he moved to Vienna, where he graduated on 10 August 1779, qualifying with honors.

In 1781, Hahnemann took a village doctor's position in the copper-mining area of Mansfeld, Saxony. He soon married and would eventually have eleven children. After abandoning medical practice around 1784, and while working as a translator of scientific and medical textbooks, Hahnemann discovered the critical information which sparked his imagination and set him upon his research and practice of homeopathic medicine. For many years he traveled around Saxony, living and practicing in different towns and villages for varying lengths of time, never far from the river Elbe, before finally settling in Paris in June 1835.

He claimed that the medicine and medical practices of his time did as much harm as good:
“My sense of duty would not easily allow me to treat the unknown pathological state of my suffering brethren with unknown medicines. The thought of becoming in this way a murderer or malefactor towards the life of my fellow human beings was most terrible to me, so terrible and disturbing that I wholly gave up my practice in the first years of my married life and occupied myself solely with chemistry and writing.” 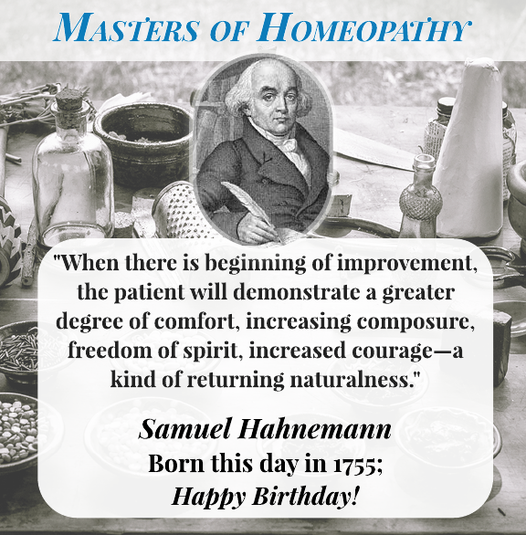