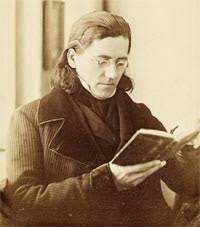 Constantine Hering - the 'Father of Homoeopathy' in America

His conversion to Homoeopathy is very interesting. At the age of 17 Dr. Hering became interested in medicine and joined the University of Leipzig, where he was the favorite pupil of the eminent Surgeon, Dr. Henrich Robbi.

The history of Constantine Hering's journey in Homeopathy

At this time, Hahnemann was an eyesore to the stalwarts of orthodox medicine, because 'Organon' was a challenge to their system of medicine. Dr. Robbi was a critic of Hahnemann, and like other physicians ridiculed homoeopathy and Hahnemann.
In 1821, when the campaign against Hahnemann was at its worst, C. Baumgartner, the founder of a publishing house in Leipzig, wanted a book written against Homoeopathy, a book which would quite finish the system. Robbi was asked to write it, but he declined for want of time and recommended his young assistant Hering. Hering set about the work and nearly finished it in the winter of 1822.
But going through Hahnemann's works for the sake of making quotations, he came across the famous 'nota bene for my reviewers' in the preface to the third volume of 'Materia Medica Pura', which said, among other things, "The doctrine appeals not only chiefly, but solely to the verdict of experience - 'repeat the experiments', it cries aloud, repeat them carefully and accurately and you will find the doctrine confirmed at every step' - and it does what no medical doctrine, no system of physic, no so-called therapeutics ever did or could do, it insists upon being judged by the result."

The first step was to repeat the cinchona experiment.
The result was what Hahnemann had predicted. Hering began to see the truth in homoeopathy. Further study of the homoeopathic 'Materia Medica' convinced him about Hahnemann's conclusions. The book against Homoeopathy thus never saw the light of day.
In the winter of 1824, Hering's right forefinger was cut while making a dissection on a dead body. The wound rapidly became gangrenous. In those days such wounds were mostly fatal. The routine orthodox medicines had no effect. Luckily for Hering and for homoeopathy, a disciple of Hahnemann named Kummer persuaded him to take homoeopathic treatment and gave him Arsenicum album. After a few doses he felt better and the gangrene healed completely. Hering was surprised and his interest in homoeopathy knew no bounds. He contacted Hahnemann for further instruction.
Hering received the degree of M.D. from the University of Wuerzburg with highest honors. The theme of his thesis was "De Medicine Future" (The Medicine of Future). Hering arrived in Philadelphia in January 1833. He established a Homoeopathic School at Allentown, Pennsylvania (Allentown Academy). He became a member of the Academy of Natural Sciences, and presented to it his large and valuable zoological collections, including the original Lachesis mutus from South America, the snake with whose poison he had made the first provings of Lachesis.

Hering wrote many articles, monographs and books on Homeopathy

He was the Chief Editor of the 'North American Homoeopathic Journal', 'The Homoeopathic News', 'The American Journal of Homoeopathic Materia Medica', and the Journal of the Allentown Academy. He wrote the 'Domestic Physician', and the 'Guiding Symptoms', a monumental work of 10 volumes.
It is in the sphere of drug provings, however, that Hering's effort shines at its best. It has been remarked by Nash and others that if Hering had done nothing else for medicine but the proving of the single drug Lachesis, the world would owe him an everlasting debt of gratitude; that alone would immortalize him.
Dr. Hering proved 72 drugs, out of which the following are the most important: Cantharis, Colchicum, Iodum, Mezereum, Sabadilla, Sabina, Psorinum, Nux moschata, Lachesis, Crotalus, Apis, Hydrophobinum, Phytolacca, Platina, Glonoin, Gelsemium, Kalmia, Ferrum-met, Fluoric acid, and Phosphoric acid.
He enunciated the "Law of Direction of Cure" known popularly as Hering's Law. This describes how "The cure takes place, from center to periphery, from head to extremities, and in the reverse order of the development of the symptoms."
Thus Hering took up the work left by his master, Hahnemann, and held the flag of homoeopathy till the last breath of his life.