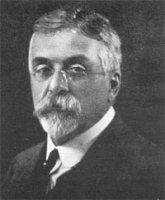 The Boger-Boenninghausen Characteristics Repertory (BBCR) comes into it's own when a practical approach is called for in cases lacking mental symptoms. It is perfect for repertorizing efficiently in acutes!

Boger was an assiduous student of Boenninghausen and also a German scholar. Thus he was able to study, the original works of Boenninghausen in German and correct many faulty translations of his work in English. What impressed Boger during these studies was the form of the Therapeutic Pocket Book and its practical usefulness. He, therefore, adopted the plan of the Pocket Book and anlarged that work considerably into what we now call the "Boenninghausen's Repertory and Characteristics". This Repertory, encompasses in one volume the various works of Boenninghausen-the original "Repertory of Antipsorics", the "Therapeutic Pocket Book", the "Sides of the Body", the Repertory part of the "Intermittent Fever" and "Whooping Cough" as well as a large number of paragraphs from the "Aphorisms of Hippocrates". He also added to this new work a number of remedies which were proved after Boenninghausen passed away. H.A. Roberts describes this new Repertory as perhaps one of the greatest pieces of Homoeopathic literature left by Boger, than whom there was never a more thorough student of Boenninghausen. That Boger compiled 105 printed pages of "Additions to Kent's Repertory" speaks volumes for his deep knowledge of and insight into the characteristics of the remedies and the construction of Repertories.

Desai B. How to find the similimum with Boger-Boenninghausen's Repertory. [Available in RadarOpus].

Every repertory has it's own unique qualities, reflecting the Homeopathic philosophy of the author

Understanding the distinguishing features of each repertory will help you know when each can be put into service to help our suffering patients. The Boger-Boenninghausen (BBCR) is most helpful when the mental symptoms are not marked, or the patient is unable to say very much about their loves and hates, desires and aversions (reflecting the innermost Will and Understanding of man, as Kent puts it).

If the case is rich in physical symptoms, be they particulars or generals, then the BBCR can prove very handy - especially when there are concomitants to the chief complaint (which help to distinguish the case away from the common pathological symptoms).

* There are 2631 concomitant symptoms in the BBCR!

According to the Boenninghausen doctrine of grand generalisation, the patient's symptoms had to comprise three facts:

To these three aspects, which furnish a complete or fully described symptom, Boenninghausen added a fourth element:

4. Concomitants - observing that almost every case would elicit one or more concomitant symptoms - helping to differentiate the remedies covering the sphere of action, sensation and modalities of the case.

A concomitant symptom is one that appears before, during or after the chief complaint and has NO pathological correlation to it - an accompanying motif to the main melody is a useful analogy. Because they seemingly have no relation to the leading symptoms from the standpoint of theoretical pathology, they are often very telling in revealing the susceptibility of the patient. One might think of them as the likeliest candidates to be those strange, rare and peculiar symptoms of which Hahenmann speaks in Aphorism 153. By their very nature, they are less common than the symptoms normally associated with a given pathology, and therefore of great service to the Homeopath - whose job is to treat the global individual response, not to palliate the common symptoms of the diagnosis. Concomitants reflect the interconnectedness of the patient's symptoms, allowing the Homeopath to sketch an image of the totality of characteristic symptoms.

The CLAMS acronym is useful here, particularly as it places the concomitants at the forefront of one's mind when recalling which types of symptoms will help elicit the individual response.

Handy tips in using the BBCR in RadarOpus!

* For Concomitants in Synthesis, search for the word "during". All the concoitant rubrics from BBCR have been incorporated into Synthesis!
* Where the aetiology is pronounced, Boericke's repertory comes into it's own.

Click on the Gallery images for a guided tour of BBCR!