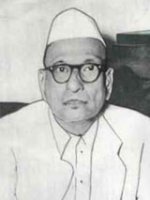 Phatak synthesises the confirmed remedies from the repertories of Boger, Boenninghausen, Kent, Boericke, Burnett, Clarke and combines this with his own vast clinical experience.

It is my belief that Dr. Boger wished to compile a concise repertory arranged in alphabetical order rather than regional one. In the same way a concise materia medica, in which all relevant symptoms pertaining to each remedy are given, was desirable. He has given clues in his Synoptic key for compiling such books. With my poor intellect and limited knowledge of homeopathy I have tried to fulfil his wish. How far I am successful in my attempt, only time will show.

When to use Phatak's Concise Repertory?

* NOTE - All of Phatak's Concise has been incorporated into Synthesis!

The rubrics in Phatak's Concise Repertory follow the Boger-Boenninghausen principle of grand generalisation - making it the goto repertory for a 'genius' type analysis.

This approach differs from the Kentian method, where a synthetic approach is taken to the repertory. I.E. each rubric has a series of levels, where the main phenomena is qualified with further descriptions in order to 'drill-down' from the common to the more singular and uncommon expressions. The danger with this approach is that one can get too specific too quickly and risk missing remedies that are listed in a similar rubric in another location.

The following list comes from the introduction to Phatak's Matera Medica and gives a very clear impression of how Dr Phatak has synthesised the twin approaches of Boger and Kent, then distilled this work into a very unique clinical repertory with an easy-to-use alphabetical structure. The aim of Phatak's repertory is not to supercede the more complete works by the aforementioned masters, but to complement them - making their works more approachable for the busy Homeopath.

Click on the Gallery images for a guided tour of Phatak's Concise Repertory!